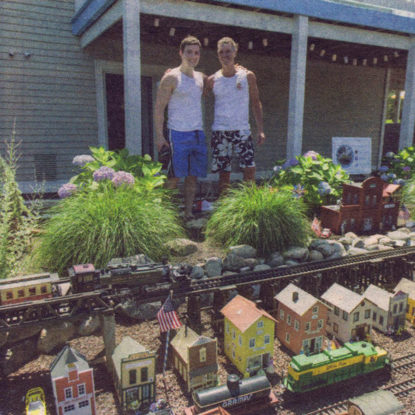 Charles Koch graduated New Jersey Institute of Technology in 1986 where he earned a bachelor in Architecture and design. Over the course of his career as an architect, Charles has worked his way up to a principal. In 2009 he became a Principal at ENV in New Jersey where he specializes in the design of educational facilities at the primary, secondary and university levels.

Prior to starting ENV, Charles was a principal at a large international AE firm where he headed the K12 studio and Vice President of Seyffer and Koch Architectural Group. He has served as a visiting critic at NJIT and is a former Board Member for the Westwood Regional School District where he served as Vice President and chaired the Building and Grounds Committee for almost 20 years.

As a licensed architect, professional planner and interior designer, Charles has over 30 years of experience in the rehabilitation of existing facilities and new structures.

He has worked closely with schools, universities and corporate clients completing projects ranging from simple infrastructure repairs to Master Plans. Including an 1100 bed Residential Life Complex for William Paterson University, a new school of business at Montclair State University and a new school of nursing at The College of Mount Saint Vincent in New York.

As board architect, he has developed both yearly and long range facilities plans for school districts in the tri state area. Charles Koch has extensive experience in working with various state agencies throughout the New York metropolitan area and has presented to the New Jersey School Boards Association on legal and technology initiatives.

In his free time Charlie is an avid fan of long distance running and cycling. On the weekends he spends his time working on the family beach house and co-running a public garden railway (LBI Railway) with his son.