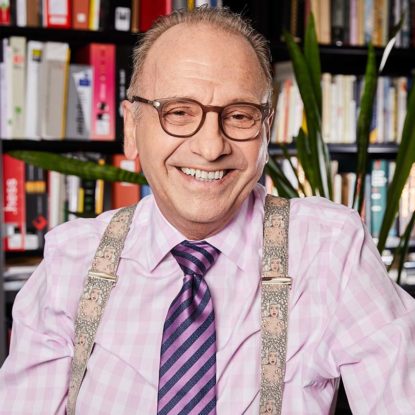 Rodney received his architectural education at the prestigious Pratt Institute in Brooklyn… and on the streets of New York City. Since he was 15 he wanted to be an architect and over 50 years later, he still loves it.

Like his love for architecture, Rodney has a love for art. He has a small collection that is shown off at his quarterly cocktail parties. Art and connecting people… life can’t get much better than that.

In his spare time, Rodney enjoys being pampered with the full spa experience from steam rooms to facials to massages. Rodney describes himself as politically incorrect… most of the time! He says whatever is on his mind in meetings and people have come to expect hearing his unvarnished opinions.

If he had not gotten into architecture and workplace design, he’d probably be some other kind of artist. He feels fortunate to have found his dream career so early in his life, and that he still enjoys waking up every morning to the opportunity to meet new people and new challenges.

Rodney likes to say he designs SPACE for PEOPLE to RESPOND to.